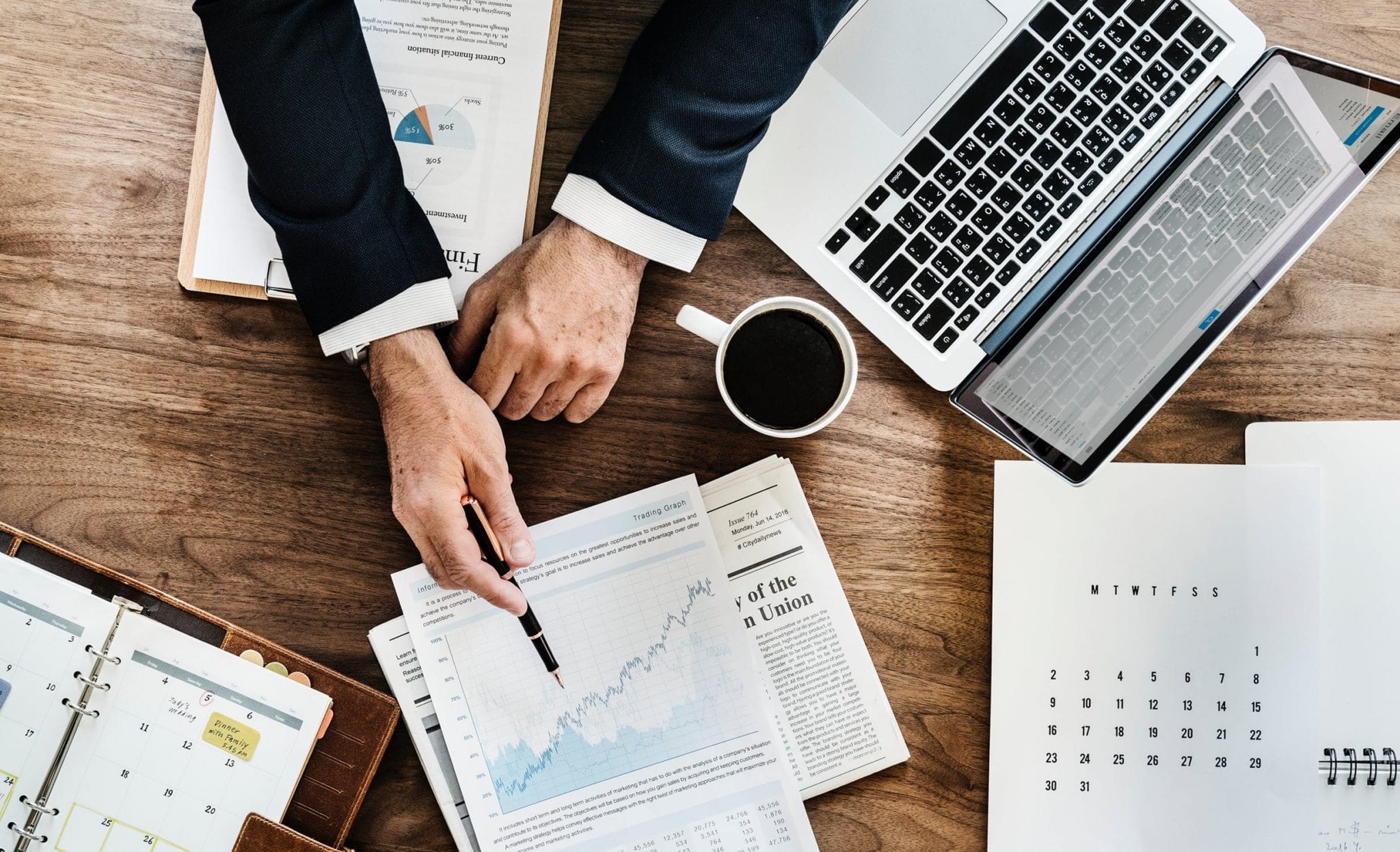 Magento, the open-source PHP-based e-commerce platform, is one of the most popular content management systems (CMS) for online shops worldwide. These Magento statistics for 2019 are meant to familiarize you with important aspects related to the platform, including its global usage, growth in popularity, and the key reasons behind this growth.

Magento belongs to Adobe since mid-2018, and the parent company’s resources are expected to build on the platform’s strengths and make it an even bigger e-commerce phenomenon. There’s a good chance your business can benefit from Magento as well.

As usual, for your easy reading, we have broken down these statistics into three broad categories, beginning with Magento usage statistics. These data points can position Magento into better context for your business.

Please, keep in mind that not all hosts reviewed here at Hosting Tribunal are suitable for large Magento stores. The CMS is very powerful and versatile, but it is not a light application.

Magento is one of the most powerful e-commerce solutions, but this brings along a certain degree of complexity.

1. Magento powers 1% of the internet.

This might not seem like much, but in raw numbers this is nothing to sneeze at. Considering there are over 1.5 billion websites in total, you get an idea of how many websites use Magento already. This is impressive also because it is mostly an e-commerce-specific software, unlike WordPress or Drupal.

2. 11% of the websites using Magento are based in the US.

While the largest number of websites based on the Magento platform comes from the US, the usage data shows a widespread across the world.  Apart from Magento’s popularity in Western Europe, it is also used by many e-retailers in South America, India, Africa, and Russia.

About 54% of all websites use a known CMS according to W3Techs. Out of these, Magento is used on 1.9% of sites running CMS. Shopify has a slightly higher share of the CMS market at 2.4%.

4. Magento is the 2nd most popular e-commerce platform globally.

If we track exclusively e-commerce websites, the Magento vs. Shopify duel tilts in favor of the former. Magento accounts for 12% of the e-commerce market (including open source and enterprise versions). WooCommerce accounts for 18% and Shopify, 8%.

5. More than 250,000 merchants worldwide use Magento as their e-commerce platform.

According to data from Magento itself, there are more than a quarter of a million merchants that rely on this powerful CMS  to run their online businesses.

6. The number of Magento sites has nearly doubled between March 2017 and August 2018.

In fact, according to data from BuiltWith, the number of Magento-based websites is even more impressive. This growth is not a recent phenomenon, either. Magento’s usage has been experiencing massive growth since 2011.

The usage data only improves when we consider online stores with the heaviest traffic. WooCommerce’s lead narrows here, with a share of 18%. Oracle ATG Commerce and Magento have a share of 16%, and Shopify comes fourth at 13%.

More than 20% of the top 1000 e-retailers in the US and Canada use Magento, making it the most popular e-commerce CMS. The 2018 figures are not in yet, but this share is expected to have gone up. So, while it is hard to say with absolute certainty what is the best CMS for e-commerce, Magento usage data gives you something to think about.

9. Magento has held the #1 spot on the internet Retailer 1000 list for four years in a row.

This popularity is not a flash in the pan, either. Magento has been the top CMS in this category for quite some time now. This consistency is an indication that the software developers are able to address the market’s changing needs effectively.

Magento scores highly in the B2B e-commerce segment as well. At 14%, its share isn’t as impressive as in the case of B2C but is enough to make it the top dog, beating some obvious contenders.

Some other amazing Magento sites include Liverpool FC, Pepe Jeans, Land Rover, and Harvey Nichols. Endorsement from brands that are popular across the globe and experience regular heavy traffic has gone a long way in encouraging other merchants to move to Magento.

12. Nearly 7,500 customers have migrated to Magento from OpenCart, osCommerce, and VirtueMart in the last year.

Magento seems to experience higher-than-average inward migration in the e-commerce ecosystem. It has gained nearly 7,500 merchants from just three other e-commerce platforms in the last year. The only platform where there’s a substantial net outward migration is WooCommerce Checkout.

13. Magento handles over $155 billion in transactions every year.

Magento website stats indicate that the digital commerce platform sees transactions of gross merchandise volume of more than $155 billion every year. In terms of absolute value, that is more than a third of the volume handled by the top 1000 e-retailers in the US and Canada. This should be enough to inspire a rethink in anyone, who believes Magento is a niche player in e-commerce.

14. Worldwide online e-commerce sales on Magento are expected to grow to $224 billion by 2020.

According to an estimate from 2016, this merchandise volume will go well beyond the $200 billion mark by 2020. More current data indicates Magento is very much on track to achieve these figures.

According to Magento usage statistics, the rapid growth in monetary value seen above is matched by the growth in customers that interact with the platform. This threefold rise to a little over 100 million customers is still a drop in the sea, considering the nearly 3 billion online shoppers expected worldwide by 2020.

Magento is an extremely powerful e-commerce solution that only grows in popularity. Its advantages are undeniable.

16. Merchants that use Magento grow three times faster on average.

Merchants using Magento generally report three times improved growth in the value of transactions after migrating to the platform. If you complete a move to Magento with all the omnichannel solutions offered by the platform, the gains can be much higher.

The gains mentioned above start showing up quite fast as well, based on Magento statistics. In less than half a year, your investment in Magento is recovered by the increase in business it brings you.

18. Magento attributes its success to focus on high level of usability and customization.

19. There are over 4,000 extensions available at the Magento marketplace.

According to Magento stats, there are 2,367 extensions for the Magento 2 platform and the rest are for Magento 1. These provide unlimited options to expand store capabilities with a single click. Since Magento is typically used in an e-commerce environment, which has greater security risks, the company advises against using extensions that are not available at its own marketplace.

20. Magento also offers the use of thousands of themes and templates.

Most of these themes are available through independent developers. Using these themes, businesses can deliver specific experiences their customers demand while differentiating their brands. Many competing e-commerce platforms discount the importance of different themes and templates and are suited for smaller, lower-complexity merchants.

Magento enters the second decade of its existence

Magento officially started development in early 2007, while the first beta version came out later that year. The first official release was on March 31, 2008. It was originally developed by Varien, Inc, a California-based company, with assistance from volunteers.

eBay acquired 49%, and then full ownership of Magento in 2011. Magento was spun out as an independent company by the new owner Premira PE fund in 2015. Adobe’s acquisition of the company was announced in May 2018 and finalized a month later. Interestingly, Adobe has repeatedly stressed its faith in the open source model followed by Magento, backing the latter’s core team completely.

Like any successful open source product, Magento prides itself on its large and widely spread developer base. In the Magento vs. Shopify debate, the former scores very high in this department. Shopify uses a proprietary coding language with limited developer support. This makes it challenging for merchants on Shopify to find developers for project assistance.

0
I provide cost effective websites and marketing solutions that will help your business achieve its objectives within the working time frame. Have a look at my website design portfolio below to get a feel for the quality of my work.If you would like to engage me as a freelance web designer call me anytime on 02 8317 3526, Send me an email me@aaronknight.com.au
Share Post

Gabriel Barra
01:40 26 Nov 21
Absolute legends and love working with them!

Vicky N
04:28 30 Sep 21
Aaron was super attentive to what I wanted to get done. I highly recommend this team of professionals, they listen and... they get job done promptly. Thanks once again Aaron.read more

Margaret Manson
02:25 28 Sep 21
Aaron and his organisation have provided excellent responsiveness in my project. My business website had some technical... issues that required diverse expertise, from understanding technical SEO to web development. Now InnoFuture.com.au is fast as a quick thought. It was a pleasure.read more

baudouin debruyne
05:52 24 Aug 21
A true delight to work with, I look forward to working with them in the near future once again.

Ahmad Faizi
09:56 05 Jun 21
The food doesn't take too long to come through. The taste is pretty good. Fav rashays branch.

Receipts Admin
08:37 24 Jul 20
I worked with Aaron a little over three months to make my idea a reality, he smashed the targets we put in place and... developed a website that exceeded my expectations. Great guy, and a pleasure to work with. Thanks again!! GLFread more

Jiwan Prasad
03:55 17 Mar 20
Professional, friendly service delivering quality results on time and on budget. Quick to respond throughout the... project and provided clear effective communications at all times. A pleasure to work with.read more

Damian Van Aswegen
23:03 10 Dec 19
Highly recommend Aaron Knight to anyone running a business looking to maintain and grow their business on the internet.... He is fast to respond, very easy to deal with and extremely reliable. He has been a great partner to our companyread more

Michael Hall
02:40 20 Feb 19
Aaron was excellent to work with. Very happy with the web site and ongoing services..

Bondi Bella
09:16 31 Oct 18
Aaron is absolutly amazing at his work, very professional, great communication and listens well. I will highly... recommend his servicesread more
Next Reviews

Get A FREE $500 Webjet Gift Card with Your Website Build Ask us how?